This Christmas, I got Dad a whittler’s pocket knife from Lee Valley. (You really can’t go wrong with giving my Dad a pocket knife as a present.) He was so excited. As soon as we’d had breakfast, he was already down in the basement pulling out the best block of wood to carve something out of.

That something ended up being Poncho. 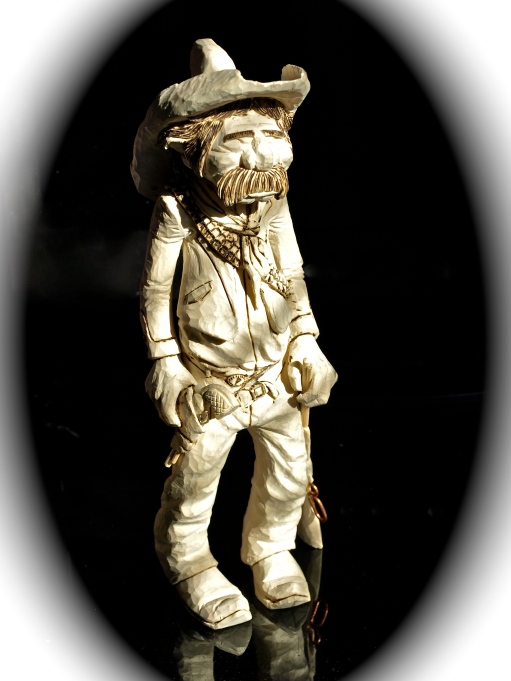 Dad had quite a lot of fun carving him. He’s even invented an entire back story for Poncho. See the chunk out of one of his ears? That was from a bar fight. Even his gun is holstered backwards. Because that’s just how he rolls. 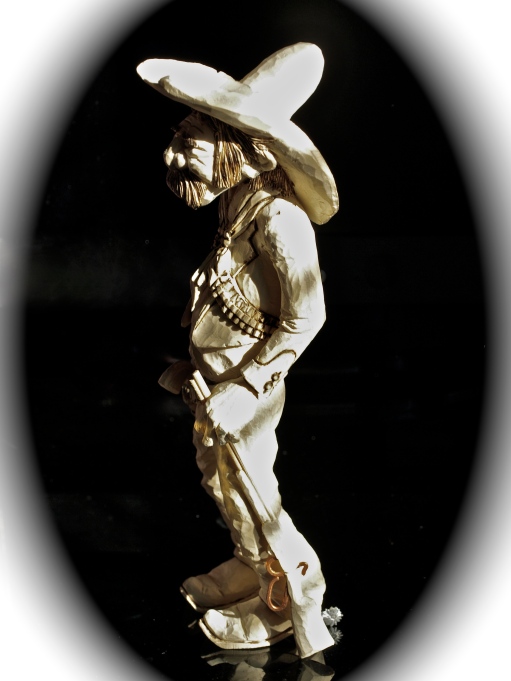 Dad even pounded out some metal for the spurs and attached some copper on the rifle.

When I left after Christmas, Poncho was just starting to materialize. At the time, he had a uni-brow, but Dad has since decided that Poncho should have two separate eyebrows. Here’s a picture of Poncho when his feet were still a work in progress: 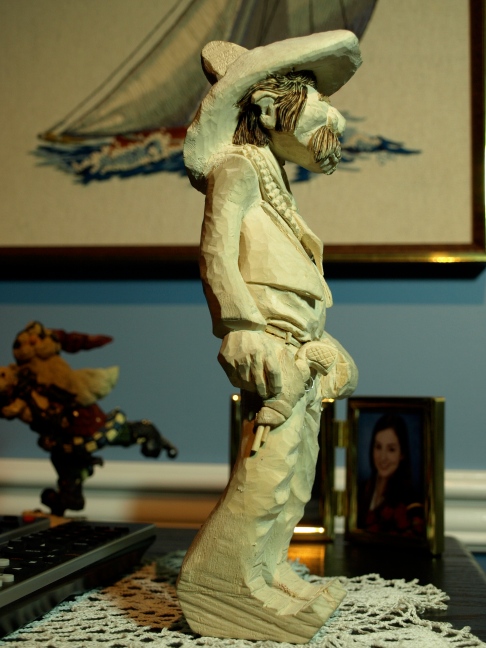 And he’s not even done yet! Next, Dad’s going to paint him. I haven’t seen any pictures yet, but Mom says his pants look like they’re made out of real worn khaki. I’ll update you all on Poncho once I get my hands on some pickies.

May the fourth be with you!!
It was Ada’s first Halloween and she made her debut as a pretty freakin’ adorable Baby Yoda! I made the hat, my Mom made the coat and my Dad carved a cup. It was a group effort!!
Hey, it’s a little house that my Dad carved for my felted mouse! Isn’t it the perfect size?
Here’s a little mandala progress shot for your Thanksgiving long weekend. 😊 I haven’t been working on this for a while because I’ve been distracted by another project that I’ve been working on, so I really need to get back to my mandala!
Happy Birthday to Odis!!! 🎉 She’s 22 today!!! She is officially off the chart on the vet’s cat years-to-people years conversion.
This jackalope has been doing some gardening... unlike me! 😋